A description of your pet - Opis twojego zwierzątka 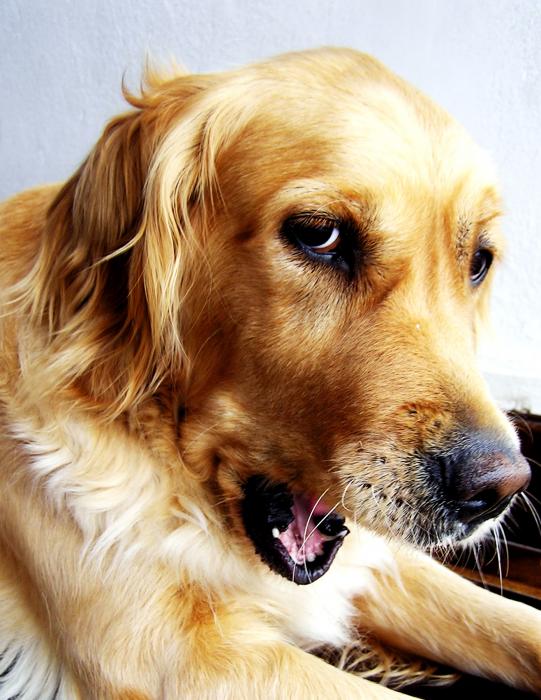 My dog is called Amica. It is a beautiful two years old bitch. We got her in a very unusual way. I have always dreamed about having a dog, however my parents were not very pleased with this idea. They stated I will not take care of her and that I will neglect my duties so that they will become responsible for the dog.

When I was thirteen, on my birthday, my neighbour came to me to inform me that there is a puppy on the waste heap in front of my block of flats. I asked my parents whether I could take it, and as it was my birthday they accepted my request.

Amica was really wonderfull, a tiny golden-brown fluffy ball with coal-black eyes. I prepared a lair for her in my room and I took her to vet to have her injected. The dog got used to its new house very fast and equally fast began to express gratitude to us. Now it is an adult dog, which is middle-sized – it reaches my knees. It has a great, golden-ginger fur and a fluffy fox-like tail. Amica has huge coal-black eyes and a long, aristocratic nose. Although it is a mongrel people on the street use to ask me what breed is Amica.

During winter she wears a dog-coat. She did not like it at the very beginning but when she found out that it makes her not freeze on the snow she accepted it. She always wears a red collar with a special medallion with our address and phone number. We do take care of her and guard her while walking her but you never know what will happen.

Amica is not only a very beautiful dog but she is also very smart. She can hear strangers approaching our house and she barks angrily then. When she realizes it is a neighbour or our acquaints she does not react like that. She likes playing with other animals like for example with our neighbour’s cat. We have taken lots of pictures of the antics of our four-legged charges. I really love Amica and contrary to what my parents predicted I still take care of her. I wake up every morning to walk her. We also go regularly to the vet.

I think each of us should have a dog or a cat and it would be the best if only it could be taken from a shelter, where many pets are looking forward to have a new house.

Podobne wypracowania do A description of your pet - Opis twojego zwierzątka