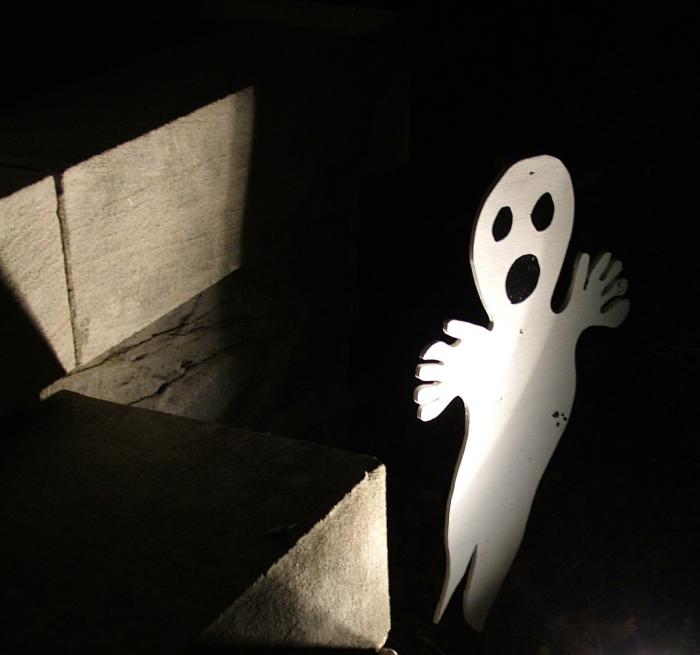 It was the first time we were about to visit the cemetery at night. We left my house at 2 a. m. and went along a narrow path. There was almost no moonlight. Even though it was much darker than we’d expected, nobody made any complaint –  nobody wanted to be regarded as a coward.

I went first. I was the oldest one but that was not the reason. Among others there was Betty, our neighbour’s daughter, in whom I’d fallen in love with. I had to show that I was not afraid of anything and although in fact I was shaking with fear, I stayed calm on the outside.

The closer the cemetery was, the more anxious we were. Finally, we reached the gates. Only after I had turned back did I realize that there were only four persons out of six. Nobody knew what had happened to the missing two. It was too late to come back, though. As we reached our destination, we were determined to watch John Millners’ grave. It was widely considered to be haunted. Some people claimed that they had seen his ghost, floating over other graves.

We were just like other kids – this was only one of the things that we did out of curiosity. We pretended to be fearless but the chill ran down our spines every time we stepped on a twig. I knew that Betty was afraid...