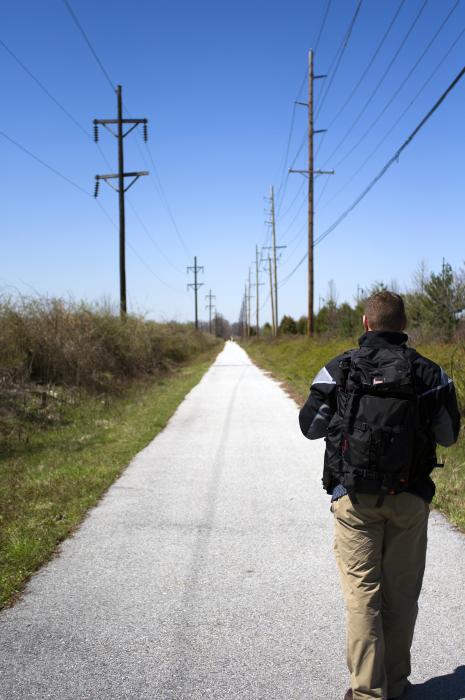 Two years ago I decided to go hitchhiking with my classmate. When holidays began we took our backpacks and tried to catch anybody who could take us with them. I have to mention that this wasn’t about to be a usual trip since we wanted to travel across Western Europe. Therefore when the first car stopped next to us we got into it and headed for Germany. We thought that we were unbelievably lucky but worse moments were about to come.

Just a few kilometres behind the border we had to leave the car. Unfortunately, we were on a highway and hitchhiking there was forbidden. We didn’t know that but even if we had known we didn’t have choice – there was nowhere to go since there was a fence all around the road. All we could do was wait. As a matter of fact we didn’t need to wait for too long. After five minutes there was a police car standing next to us.

The policemen told us (in English) that we were supposed to leave that area. They showed us the exit and soon afterwards we marched through German villages. Fortunately, we must have looked as if we had been really tired and hopeless because some Germans gave us a lift. We were back on track travelling to Berlin. We reached German capital at night and had nowhere to go. Then we had our first row. My friend tried to persuade me to sleep outside which I thought was stupid and dangerous. Finally, we decided to head for the outskirts. We didn’t sleep that night at all.

The next morning we were extremely tired. We decided to hitchhike though. At that time I began to suffer from hallucinations and it didn’t seem to be weird since we hadn’t slept for nearly forty five hours. As for hitchhiking we were not as lucky as at the very beginning. We had to wait almost eight hours when finally somebody stopped and took us with them.

Needless to say it didn’t look like I had imagined. I’d wanted to do some sightseeing but it turned out to be very difficult to reach Bremen which was our destination place. Even though we had suffered quite much by then the worst was about to come. For the second time we had to get out of the car on a highway. We couldn’t do anything about it. We just had to reach a petrol station that we’d seen a few minutes earlier. To make matters worse it began to pour with rain and it was the worst downpour I had experienced in my life.

When we finally got to the station, we were both soaked to the skin. None of us wanted to say anything. We just sat at the pavement and tried to dry our clothes. In a few minutes I had a strong sense of déja vu. Two policemen arrived and asked about our identity cards. That was too much for me...