'When one door closes, another one opens' - a story - „Kiedy Bóg drzwi zamyka, to otwiera okno” - opowiadanie 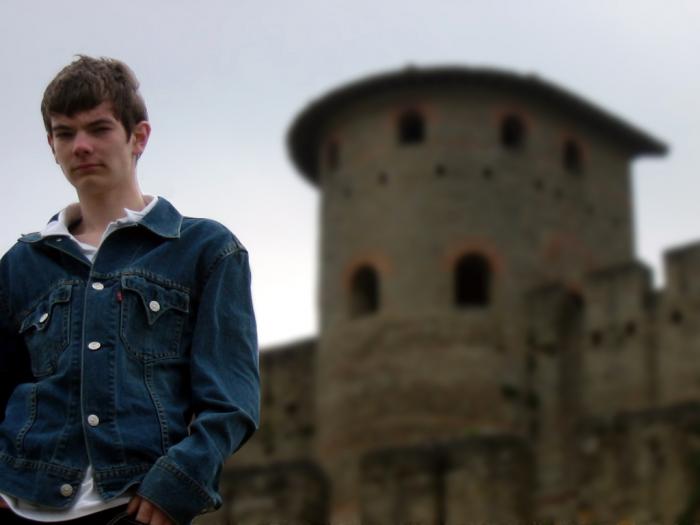 Once upon a time, there was a prince called John. He lived with his father and younger brother Sam in a huge castle. John was a really shy person. As a child, he used to walk alone in the forest. He loved to play outside and enjoyed the silence. He could spend hours looking at trees and admiring the beauty of the nature. John dreamed that one day when he will become a king, he will build his own castle in the middle of the forest. Then he would be able to enjoy the birds singing every morning.

His brother wasn’t the spitting image of John. Sam was talkative and had a lot of friends. Brothers didn’t even look alike.

One day, twenty-year-old John came to his father and announced proudly:
'Father, I am going to marry soon'

'It is not the right time, my son. You are not ready for it'.

'Father, I truly love her. This is stronger than me'.

John’s fiancée was just a poor girl who lived in one of the farmers’ villages. Her house was situated in a beautiful valley, high in the mountains. John had met her on one of his trips. Unfortunately, king didn’t like the idea of marriage. John was trying to convince him while suddenly Sam got into picture:

'Excuse me, father. May I suggest something?'.

'I tried to be calm, but this is more than I can stand'.

'Look at him!' - he said pointing at his brother. - 'It is not just a matter of being weak and helpless. He wants to marry farmer’s daughter. I think this is too much to ask from you, isn’t it? One day you will pass away and he won't be fitted to take your place, he has proved it. It would be a great shame for the entire kingdom to have someone like John as a king!'.

John did not say anything. After all, his brother had a right to get at him. John knew that Sam would do anything to become a king.

Father was confused. He took his time to make a final decision. Few days later King called for John and Sam to come to his room:

'You are my only children. I wish both of you would be happy and successful in life'. 'John' - said king. - 'If you really love this woman, go and marry her, but promise me you will never come back. You need to make your own choice' - he whispered sorrowfully.

'Son' - he looked at Sam - 'You are a good fighter and I know I can trust you. You are going to be a wise king. Promise me that you will take care of the kingdom and you will never let me down'.

John did not have to think twice. Although he was really sad – he has lost his hope to become a king of the forest. He thought his chance is lost forever, but he was wrong. He left the castle and went to his fiancée. Her name was Mariette. When he saw her, his doubt and worries disappeared.

The day after wedding, Mariette asked John to go to the place where they had met for a first time. Naturally, he agreed. On their way, John suddenly got tired and felt asleep. Some time later he woke up under a huge tree. He was alone.

'John' - said a voice coming out of the tree - 'You have made a right choice. From now on, you do not need to worry about anything. You are the king of the forest. I will give you all you need. Forest will feed your family and will give you a place to live. You deserve it” - said the voice. Then shape and colours started to fade away'.

Out of the blue, Mariette appeared.

'John, my darling, are you all right?' - she asked anxiously - 'Is everything fine?'.
'Yes, my dear' - said John but he hardly heard himself. He was confused.

After few miles of walking they reached the destination but instead of a meadow there was a wonderful castle full of life and flowers.

'Oh my God, John! You did not tell me there's such a pretty garden!' - Mariette kissed John passionately.

'My dear, I told you – one day I’m going to be a king and you are going to be my queen. So welcome to our kingdom' - he smiled.

She fell into his arms and they lived happily ever after.

Podobne wypracowania do 'When one door closes, another one opens' - a story - „Kiedy Bóg drzwi zamyka, to otwiera okno” - opowiadanie