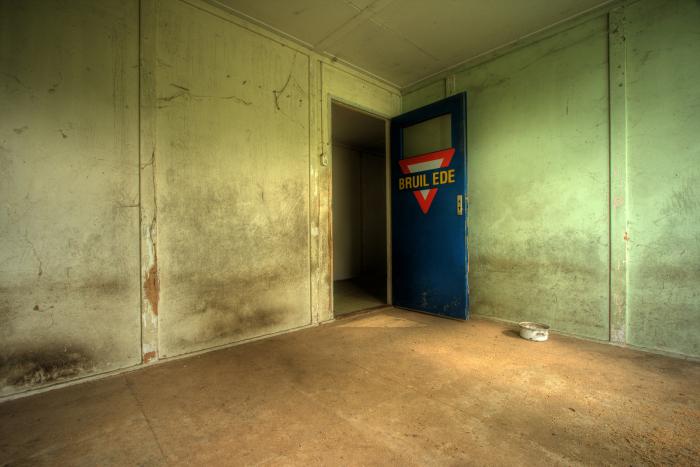 It was 8 a. m. Nowadays I would be still asleep but then I had to be at school. My lessons started at 8 a. m. almost every day at that time and even though I can’t remember how I did it, I managed not too be late day by day. I can only recollect that I used to be very sleepy when the first lesson was about to begin. Yes, I never liked waking up early and when some teachers made us take exams during our first lessons, I mostly got 'E' or even 'F'.

Friday was the only exception. I was not supposed to use my brain then because there was always a P. E. lesson at the very beginning. I’m not much of a sportsman and I never was but I appreciated the fact that I didn’t have to think much and I could move a bit. However at times especially in winter those lessons made me sick. We were not allowed to play, balls were hidden in a storeroom and we were forced to do gymnastics.

Needless to say I hated gymnastics. I thought of gymnastics as a girlie sport. I was either bored or frightened when we were about to do it, since I wasn’t skilful enough to do most of the exercises correctly. Sometimes I had to hide not do an exercise. I knew that most of my classmates would probably ridicule my performances as they had already done it in the past.

I didn’t have luck at the beginning of that day. It turned out that my alarm clock failed and therefore I was late for my P. E. lesson. I couldn’t remain unseen then. To make matters worse our P. E. teacher picked me out and I was supposed to demonstrate one of the exercises. I felt terrible. I was afraid that I was going to fall down once again or that I wouldn’t manage to do the exercise. My mind was racing and I could hear the heart beating in my chest. Suddenly, it all went dark...

When I regained consciousness I realized that the whole class gathered around me. Were they sympathetic? No. Scarcely had I opened my eyes when my classmates began to laugh at me. Never before had I experienced something so humiliating. As I remember that day I came back home earlier and I felt deep sadness. There was nobody in my class who had supported me.