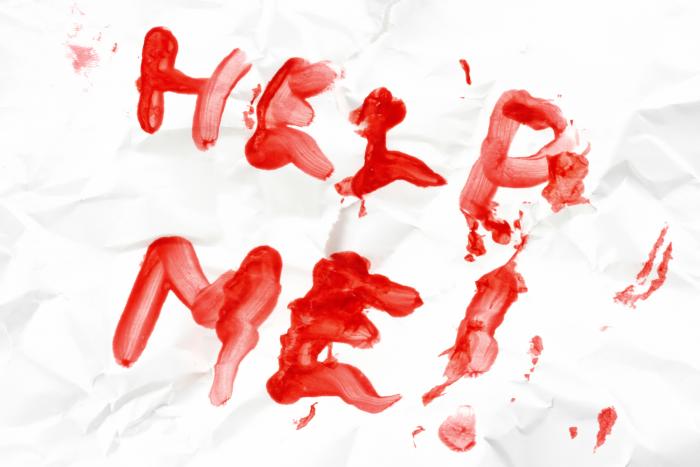 It was a gloomy rainy day. Crowds of people would pass the streets made of bricks being not even slightly conscious of what might happen within the next several hours. John and Steve have been preparing the greatest bank robbery for long enough to have decided it was high time to translate words into action. Although they thought their plan was pretty good, one can never tell the future and assume that nothing shall go wrong.

The plan was really simple but it was perfect in this simplicity. John was responsible for only one thing during the action - to drive the van and pick up Steve after the successful robbery so that they both were able to escape. What Steve was to perform was much more complicated. The first thing was to prepare a good disguise preferably such that would enable remaining unrecognised even if being recorded by a camera. He had to organise a gun and lots of paper bags to hide the spoils. Everything was planned even the place where to go after the robbery to hide the money they stole for some time till the whole thing dies down.

There was however one thing they both did not take too much care of. The exact moment of stealing was hardly mentioned in their talks. They decided to take a pot luck as far as it was concerned because they were concerned to succeed in stealing the money without a plan of how to take it from safes. The day of the robbery came. Just as planned John drove the van near the bank and Steve left it dressed in black with a balaclava-clad covering his head. He entered the bank holding the gun in front of him and screaming 'Hands up! Give me the money or I’ll shoot you!'. Suddenly a handful of policemen appeared from nowhere - 'Drop your weapon and raise your hands! Police!'. A little bit confused, Steve laid his pistol on the floor and lifted his hands in the air with his veins full of adrenaline pumping blood with a breathtaking speed.

He could not believe what happened. 'How did they know' - was he thinking. The moment he heard a loud screech of tires everything became clear - 'I was betrayed! I will get him!'.